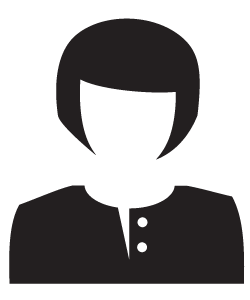 Hello, my name is Lelani O’Malley. Welcome to my website about keeping your plumbing system in great shape. When I bought my first home, I was shocked to learn that it was built in the early 1900s. Another shocking discovery awaited as I learned that the plumbing system remained from its original build. Upon learning those facts, I dedicated my time to learning how to keep that system in great condition. I developed this website to bring that knowledge to you as well. I want to help all my readers maintain their existing plumbing system for years to come. Thank you for coming by.

What Steps Should You Take When Repiping Your House?

Nobody looks forward to replacing the plumbing in their home. Unfortunately, taking a reactive approach to plumbing problems is not always the most cost-effective option. If your home has old or degrading plumbing, then dealing with issues one at a time can quickly become costly. This strategy may even lead to unseen leaks and extensive water damage. In these cases, it's often best to consider repiping your home. Although fully replumbing your house can be expensive, you'll save money over the long run while also increasing your home's value. Since repiping is such a significant project, you should enter into the process with as much knowledge as possible.

Learn About Your Existing Plumbing

Homeowners typically repipe older houses with existing metal plumbing, such as copper or galvanized steel pipes. Although copper is a durable material found in many modern homes, you will typically only find galvanized steel on houses that are 60 or more years old. Both copper and steel can eventually corrode and fail, ultimately requiring you to install new plumbing. If you're experiencing frequent leaks or other problems with your plumbing, you should determine as much about your existing plumbing as you can. Even if portions of your home use copper or PEX, there may still be older plumbing in other areas. Hidden pipes can often present the most significant dangers, so knowing their condition will allow you to make an informed decision about replumbing them.

When replumbing your home, you can choose to replace your existing pipes like-for-like or move to another material. Many homeowners decide to replace older copper pipes with PEX pipes, for example. PEX piping is flexible, cheap, quicker to install, and generally uses fewer connections that may lead to leaks in the future. On the other hand, some plumbers still prefer copper for its durability.

Before deciding on a material for your repiping project, discuss your options with your plumber. In addition to the usual advantages, the plumbing layout in your home may impact the difficulty of installing one material over another. In most cases, PEX will be the cheaper, faster, and less destructive option.

Repiping an entire home can require significant amounts of time, especially if you own a large house with many fixtures. Although you usually won't need to leave your house during this time, you should plan for a significant amount of disruption. In general, expect the process to take several days at a minimum.

While repiping will require some temporary sacrifices, it will ultimately result in more reliable home plumbing and less risk of future plumbing disasters.